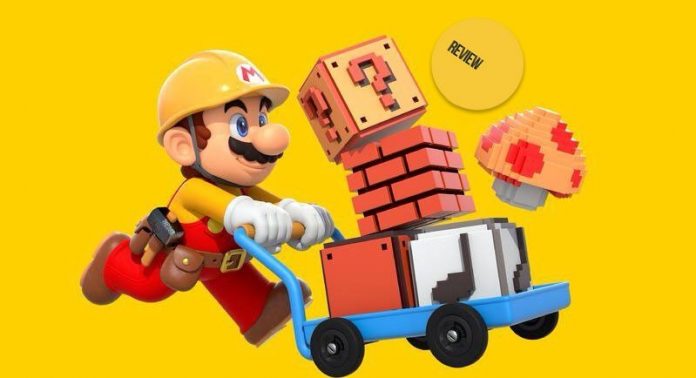 Super Mario Maker released on September 11th to much fanfare, great reviews and all around good cheer from Mario fans around the globe. Nintendo has announced that as of today Super Mario Maker has now passed one million in sales. This number includes bundled copies and downloads and considering the game has only been out for less than a month that is pretty astounding.

Super Mario Maker hands over the keys to the Mushroom Kingdom giving fans the tools to create and cleverly design any bizarre, tough and dubious 2D Mario level they can think of. Players can then upload their creations and share it with other fans while also being able to download other user creations to play. Since release over 2.2 million levels have been created and have been played nearly 75 million times.

“For Mario fans around the world, including myself, Super Mario Maker was a dream 30 years in the making,” said Nintendo of America President and COO Reggie Fils-Aime. “The game has captured and unlocked the imaginations of gaming fans of all ages and brought their dedication to Nintendo to a whole new level.”

With Super Mario Maker getting off to such a great start it will be interesting to see how the title fares going into the holidays and beyond. Some of the most successful games for Wii U have been Mario titles. Mario Kart 8 being the top seller with 5.43 million sales followed by New Super Mario Bros. U with 4.84 million units sold. Mario fans are a dedicated bunch and id early sales are any indication Super Mario Maker could be on pace to be a runaway success for the Big-N!