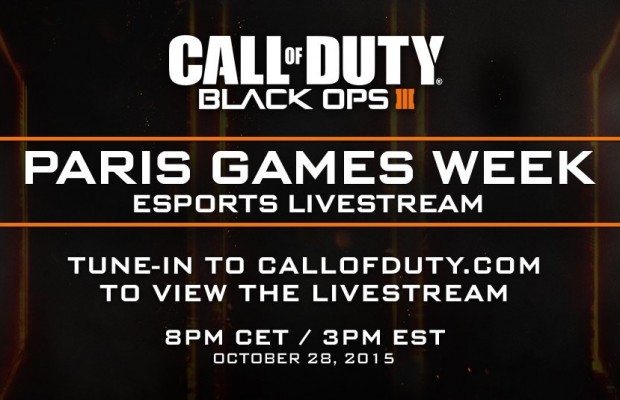 With the Paris Games Week coming up next week, Call of Duty has announced they will be hosting a live stream from the event on October 28th at 3PM ET / 8PM CET. The stream is set to cover all the eSports aspects of Black Ops 3 and previously unveiled maps.

Tune in to be among the first to take a look at new Black Ops 3 multiplayer maps and catch details regarding the Call of Duty World League.

So put it in the diary and don’t miss this epic reveal.