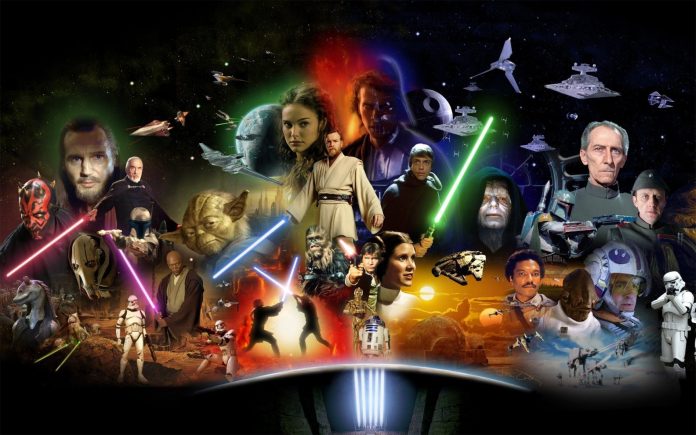 A long time ago in a galaxy none to far away I recall hearing about, what has become in some fan circles as sacrilege, the prequel trilogy! (Insert doom and gloom music accordingly)

The level of excitement and anticipation I felt was almost unknowable as I remembered just what was so special about those original films as well as the realization that I hadn’t felt that way since seeing them for the first time.

Now, let me get this out the way! I didn’t see them originally when they released in the theater; I’m old but not quite that old to have seen episode 4  A New Hope in 77′. I was however young enough to forgo the deep, analytical judgments that most of us seem to make as we get older and loose that childlike excitement and wonder at seeing things without having to know who, or what, or even how the things we’re seeing “work”.

I called the Jedi weapons “Life Savers” instead of Light Sabers! Had I been a candy freak I’m sure I would have figured it it sooner?! I saw the Stormtroopers and immediately just assumed they were robots under the control of their robot overlord “Dark Vader”! Yes, again I just seemed to not hear what was being said but what I wanted to hear and it didn’t matter; the experience was just special.

It’s the intangible aspect of these films and the experience that make them special. What is it? Ask 100 people and you’ll likely get 1000 answers! From the music, to the special effects and characters, or the timeless story of humble beginnings leading to greater things; Star Wars taps into the child in all of us. For the very young it’s the sights and sounds, it’s just cool seeing hooded monk like characters with laser swords fighting the bad guys dressed in black! For the older crowd, it represents a direct link back to that child in all of us. No matter where you are or what you’re doing, when you hear the distinct sound of a light saber powering on or the music, which we all seem to start humming; ok here goes! (Dah Dum Da Da Da Dah Dum Da Da Da DAhhhhh) ok, back to the article – no matter where you are you either stop and marvel at it all if your young, or stop and remember those feeling that the child in you felt. Sometimes I’ll see people watching trailers, like the one that just released, and they start to cry! I believe that it’s the magic of being transported back to those times when we were young and just felt wonder and joy.

Star Wars seems to always enable us to feel like a child again and the tears are a response to the realization that a child, still full of wonder and hope, still full of joy and excitement,  lives on inside each and every one of us.

Regardless of if you are watching the movies, playing the video games or reading the books, you still can’t help but feel that sense of attachment to this franchise.

May the force be with you!