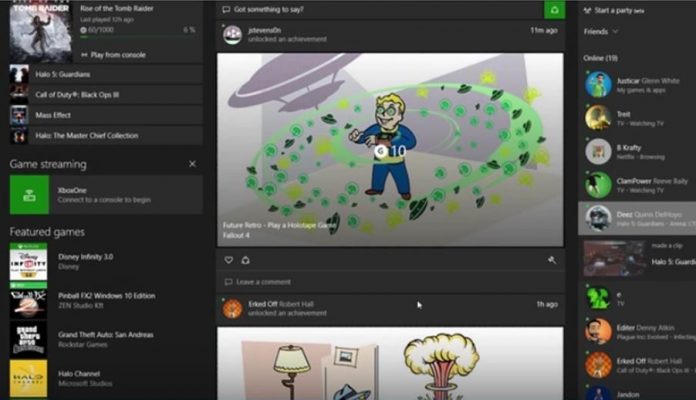 It’s not only the gamers on Xbox One that are getting to enjoy non-stop new features, but those on Windows 10 products are also benefiting from continued support and improvements.

Available today is a new update for Windows 10 which brings with it Facebook friends finder, the ability to record voice-overs in your game DVR clips and record ANY game on your Windows 10 PC, and an Xbox Store section.

Major Nelson goes into detail in the video below with Richard Irving, so be sure to check out all the cool new features that you now have access too.

When your friends see your shared “I’m on Xbox” post on Facebook, they can click through and access the Facebook friend finder on Xbox.com, which also becomes available this week. In this way, web users on any platform and device can grow their Xbox Live network with Facebook friends as well.

Share your Windows Store game clips with your voiceover commentary with your friends on Xbox Live through the Xbox app, or share any of your game clips on the social network of your choice through your PC.

Record ANY game on your Windows 10 PC: The recent Windows 10 update also enables you to record game clips and capture screenshots for ALL games, including PC games where Game bar and Game DVR hotkeys didn’t work earlier.

Xbox Store section: The Store section in the Xbox app will now bring you into the Xbox Store – a launching point for browsing and searching for both Windows 10 and Xbox One games. The new interface allows you to see more content in the Store at a glance and brings you the latest crop of the most popular Windows 10 and Xbox One games, plus you can redeem Games with Gold games or get discounted games through Deals with Gold. Additional details on Xbox Store improvements that we tested recently in the Xbox beta app and have now officially released to the Xbox app can be found here.