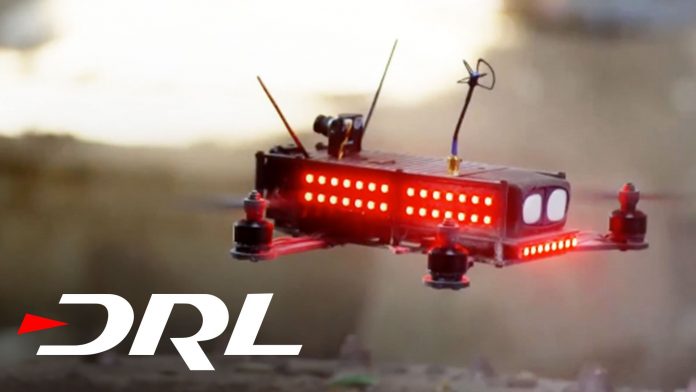 Recently I discovered a video showcasing something I had not heard of before called ‘Drone Racing’ which had me asking the question “Well just what is Drone Racing?”. When you pilot a drone and perform manoeuvres like backflips or loop 150 feet up in the air, your brain is tricked into thinking you have just done the same thing, to the point that your stomach can even have a queasy reaction to the experience which is why FPV flying is often referred to as an ‘an out of body experience’.

On the competitive side of things, pilots go head to head on a neon lit course which incorporates 3D elements. These races have your traditional style left, right, and circular turns, plus multiple platforms which add another dimension to the standard race. All the drones that compete are identical so it all comes down to the skill and reaction time of the person piloting it.

Each pilot is given a set of drones per competition ranging from 5- 7 depending on how many heats they have.  Only one drone is used per heat, after the heat done the drone is taken away and the footage is reviewed making sure they haven’t cheated on the course, and then a new drone is given to the pilot for the next heat.  Heats can be made up of head to head racing or racing with multiple drones and time trials. Points are allocated after each heat and once all the heats are completed the person with the most points is declared the winner.

The season opener is at the NFL’s Sun Life stadium on February 22nd 2016.

I don’t think it will be to long before we see this at an upcoming X-Games event. For more information you can go to The Drone Racing League Website.