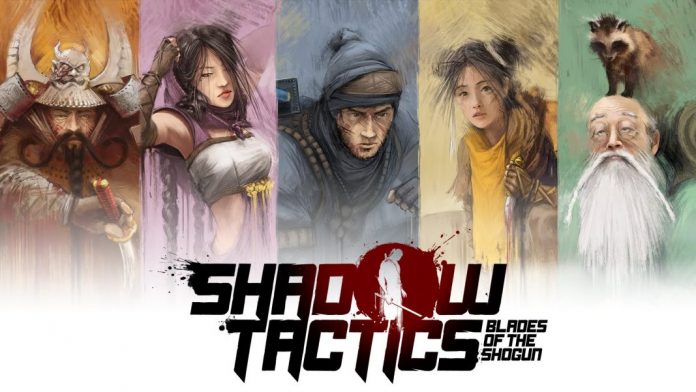 Daedalic Entertainment and Mimimi Productions have unveiled, on Twitter, the PC launch date for their upcoming real-time tactical game, Shadow Tactics: Blades of the Shogun. Set in the historic Edo Period in Japan, players take control of a team of five drastically varied characters with different skill sets which afford them certain strengths in specific situations while making them weak in others.

From the press release at TGS:

One part of this team is Hayato, an agile ninja, who clears the way through his enemies silently with sword and shuriken. The Samurai Mugen is a bit more straight forward and can defeat more opponents at once at the expense of flexibility. Aiko is a master of camouflage when she distracts enemies as a Geisha, and the street child Yuki places traps and lures the enemies towards their deadly fate. Takuma, however, relies on his sniper rifle and takes care of the enemies from a distance.

Shadow Tactics is played form an isometric viewpoint and features a series of tactically challenging missions set in some breathtaking environments. Take a look at the announcement trailer from earlier this year.