For all you CoD players out there looking forward to finally installing Infinite Warfare AND the Remastered Modern Warfare, hopefully you’ve got plenty of hard drive space saved.

A picture of the official Infinite Warfare Legacy Edition case was released online by a French retailer, and the biggest standout was the total download size for the two games: 130 GBs. 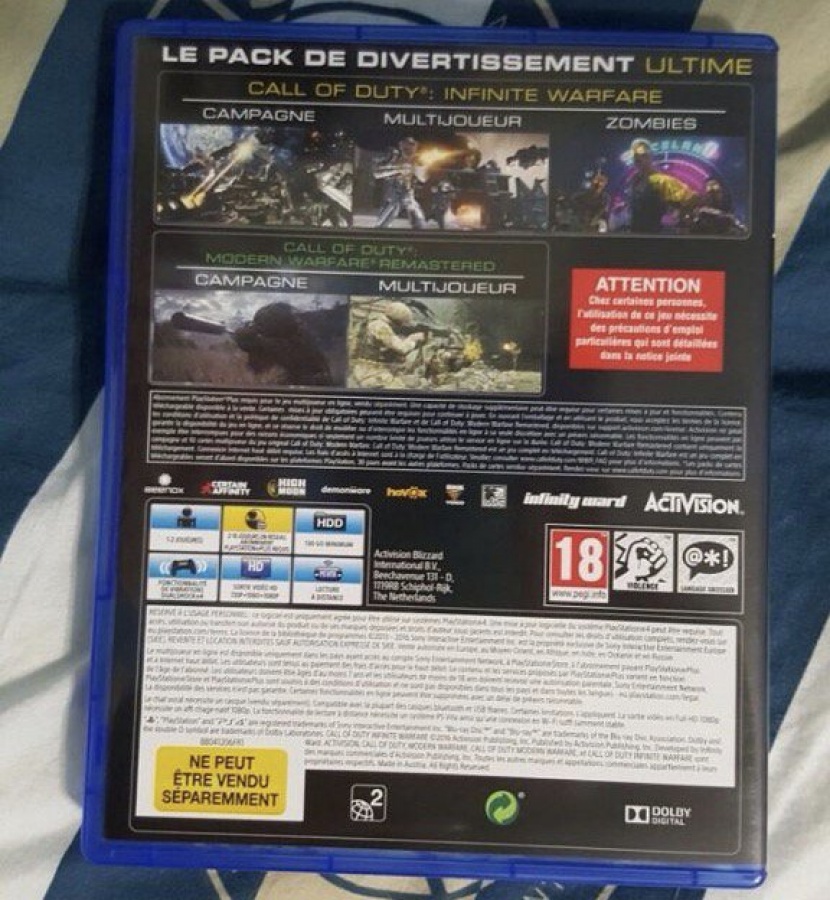 Yikes! That beats even Quantum Break with its 110 GB download after installing both the game AND its five episodes. Now, obviously the process involves installing two AAA games (both with current-gen graphics), so of course it’s going to take up plenty of space.

However, I’m sure many people didn’t expect such a massive number, with a number of players now likely concerned that they won’t even be able to play their Legacy Edition (remember, you HAVE  to have Infinite Warfare’s disc in the system or else Modern Warfare won’t work, so both have to be installed).

This download size will only hurt the game’s audience in more ways than one. Those with a slow internet likely won’t be able to play the game for however long it would take to download, and it would require certain system owners to either buy a hard drive or just uninstall most of the games in their library.

Are you still excited for Infinite Warfare? What do you think about the install size? Let us know in the comments!