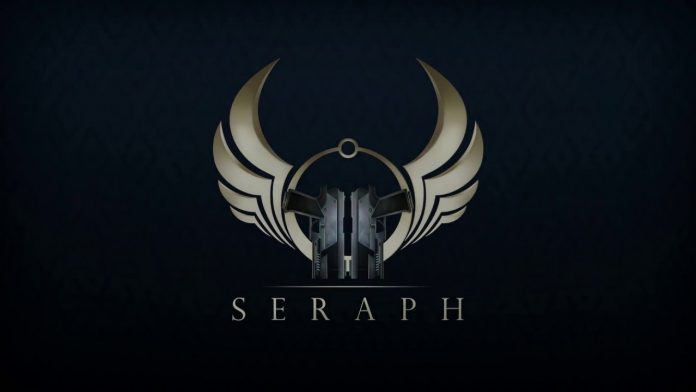 I love side scrollers. I’ll say it again. I LOVE SIDE SCROLLERS. It could be that I’m from the Side scroller generation. AKA the beginning of 80’s gaming in general, but mostly I love how something so simple can be one of the best gaming experiences you can have. Seraph is a breath of fresh air to a gaming industry that is flooded with FPS games, remakes, and skins of other games already out. 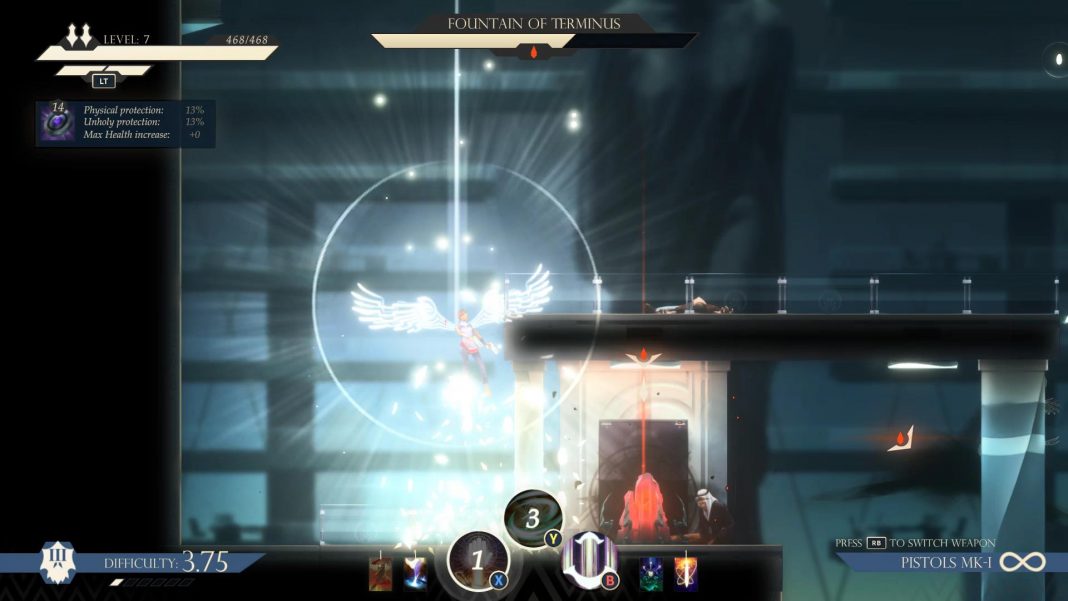 The story of Seraph is as follows: You are an Angel that was trapped; you are now free and blasting enemies. Its up to you to get rid of these “DAMEONS” out of the real dimension and send them back to their dimension. AKA Hell . This is the short version. I’m not gonna lie, the story was one of the down sides of the game. Seraph or Seraphs are the highest of the Angelical order in Christian belief, the cream of the crop, the best of the best in the Angel hierarchy. The game’s story has some biblical tones to it which I didn’t really care for very much. For example, Castlevania Lords of Shadow was a great game but it got so biblical that it ruined the story for me. This was my case with Seraph. 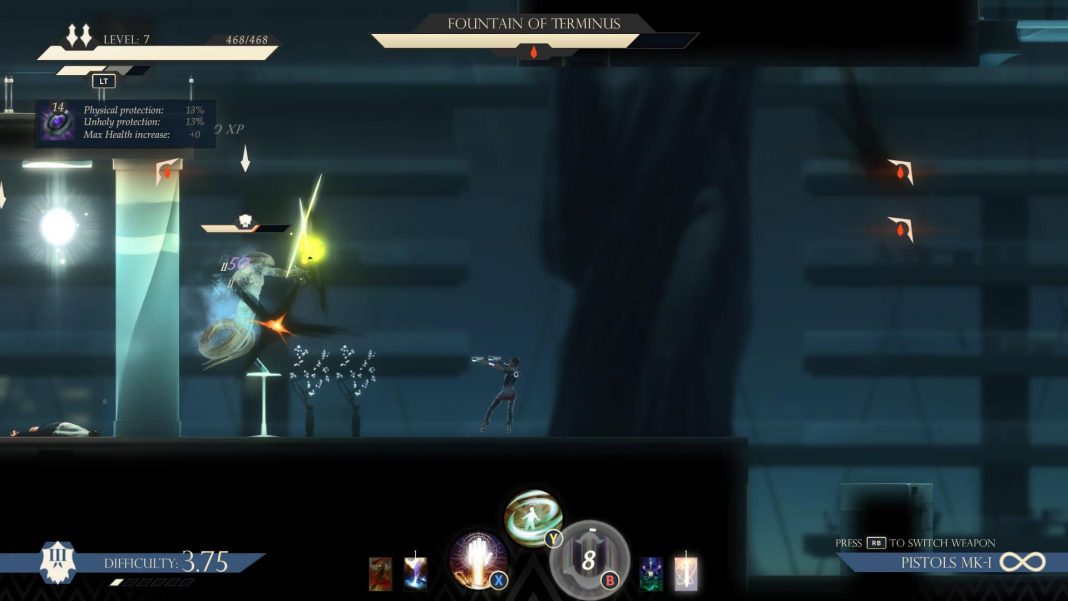 The visuals of the game are very well done. You are running in this futuristic style environment. Once enemies come along the screen is filled with bright visuals and colors. Your movement is a ballet of flips, speed dashes, wall grabs, and wall jumps with the feel of Ninja Gaiden and Bayonetta. You flash around blasting enemies with your dual pistols, assault riffles, and even a bad ass rail gun. I was afraid that the game would be too easy with the auto aim feature, but even with it, this game has this degree of difficulty that I haven’t experienced in a shooter before. The better you get the harder the game becomes, throwing a larger and more difficult amount enemies for you to fight against. The speed is fast and you need to be just as quick, or you will get a game over very soon. Also, when you respawn you lose a portion of permanent health. So this adds another degree of difficulty to the game. 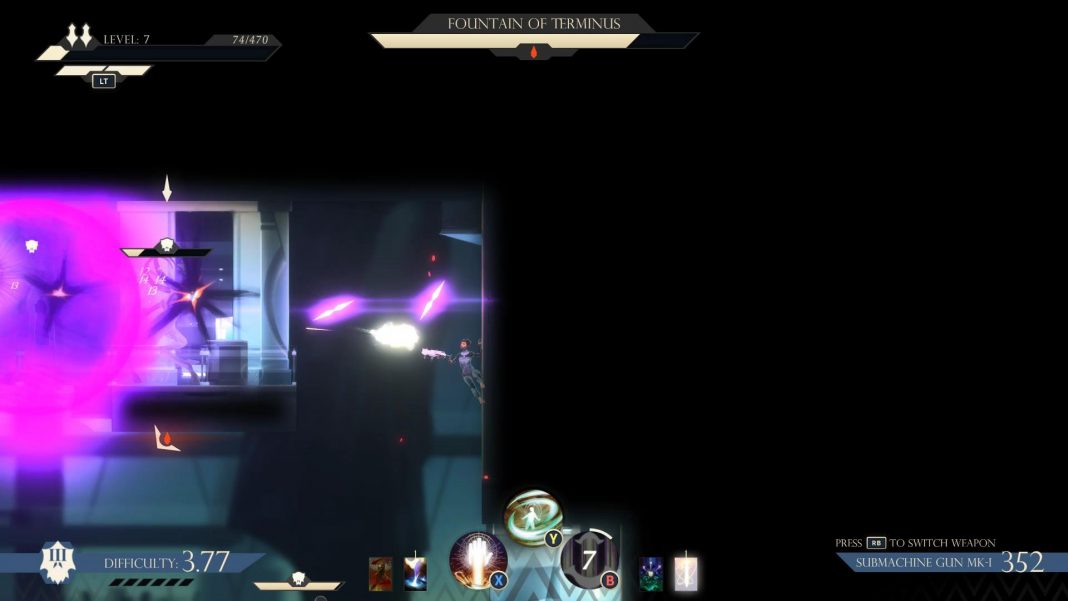 Another thing that makes this game so different its that it is always changing when you play. Levels and enemies are procedurally generated, so you may not get the same enemy experience or level layout twice. This is going to give you a huge boost in replay ability.The game has a few different difficulty modes. A challenge and daily challenge mode as well as a twitch feature which is awesome if you want to share your play with friends. 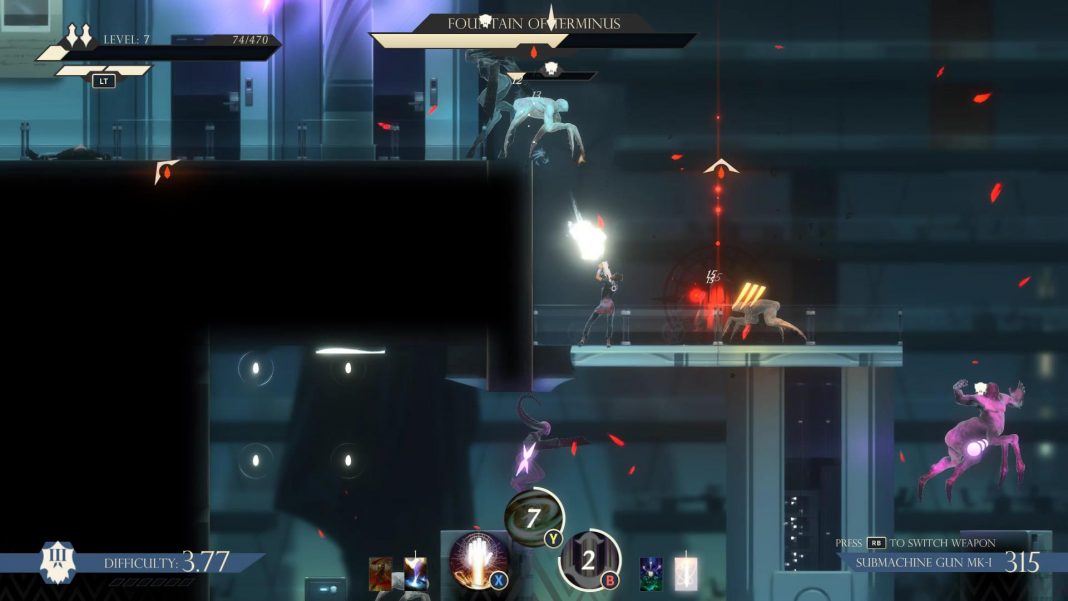 Seraph has some RPG elements to it as well. You have spells or “Miracles” that you unlock once you get past level two. Later on down the line you can unlock and get some more devastating spells and “Oaths” for you to level up attributes. There is also a “Transmutation” menu where you can craft new items or coins and rings for various boosts to your character. You craft by using the items and orbs found in the game and from killing enemies as well as some random pick ups along the way. 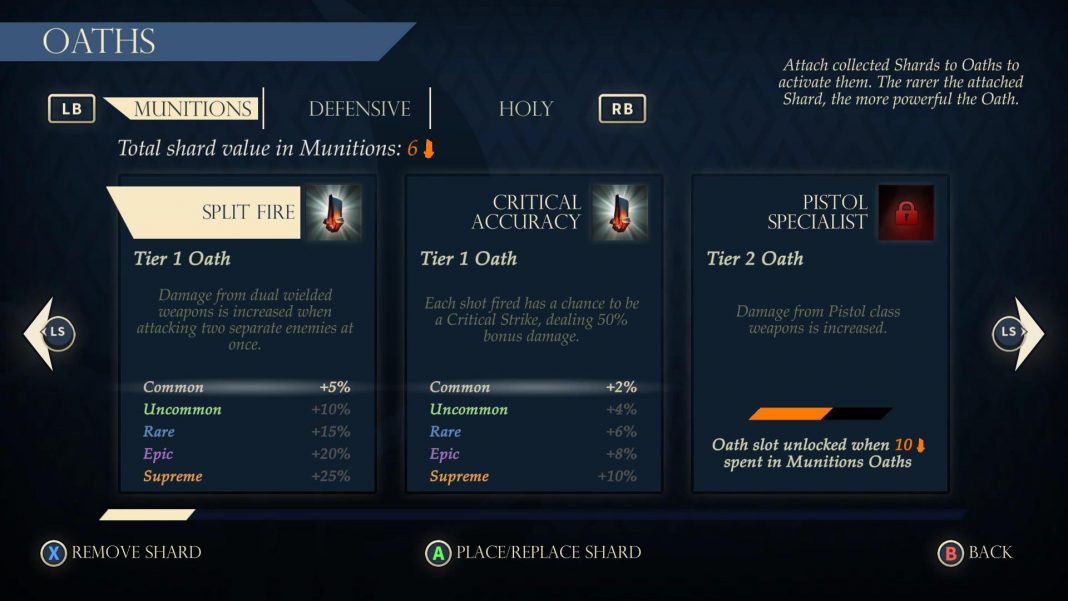 The game is very well done. I didn’t have many issues during my play through of the game. The game only crashed once for me during my hours of play – just by random luck it happened during our live stream. The actual movement and the mechanics are on point. My only huge gripe would be that some times when you are trying to wall jump you stick to the wall like glue. Also, I was getting hit from enemies well out side of the screen that I haven’t even gotten to yet. This same scenario happened when when I dropping down a long corridor or while trying to run away from enemies. This is where my frustration began. Also with some of the teleporting “DAMEONS”, even if you dash out of the way they still managed to hit you. This was beyond a pain in the ass. During your playthrough, some of the levels can be repetitive as far as what your objective is. One objective is to wipe out all the “DAMEONS” from a level, while the other you have to destroy these red like beacons that bring the enemies into said dimension. 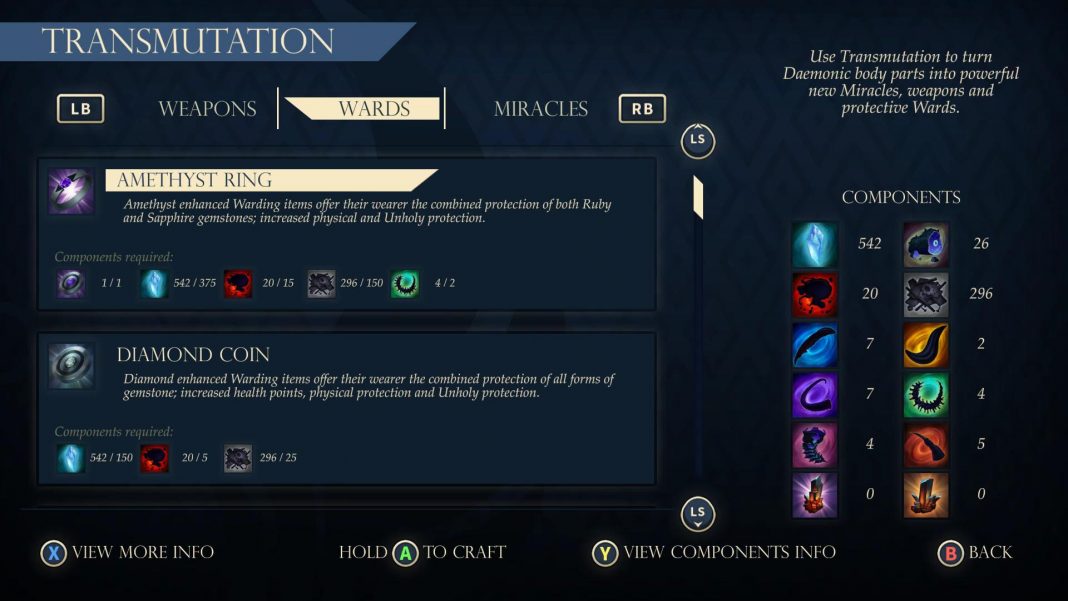 The game could also have a voiceover for the story. It may give a better experience for other players that may get into it. Also I would like to see a more in depth crafting system. More is always better, right? I would also like to see the input configuration fixed. It sucks to have limitations on input keys especially on PC. This was a downer for me.

Overall I give the game an 8.0 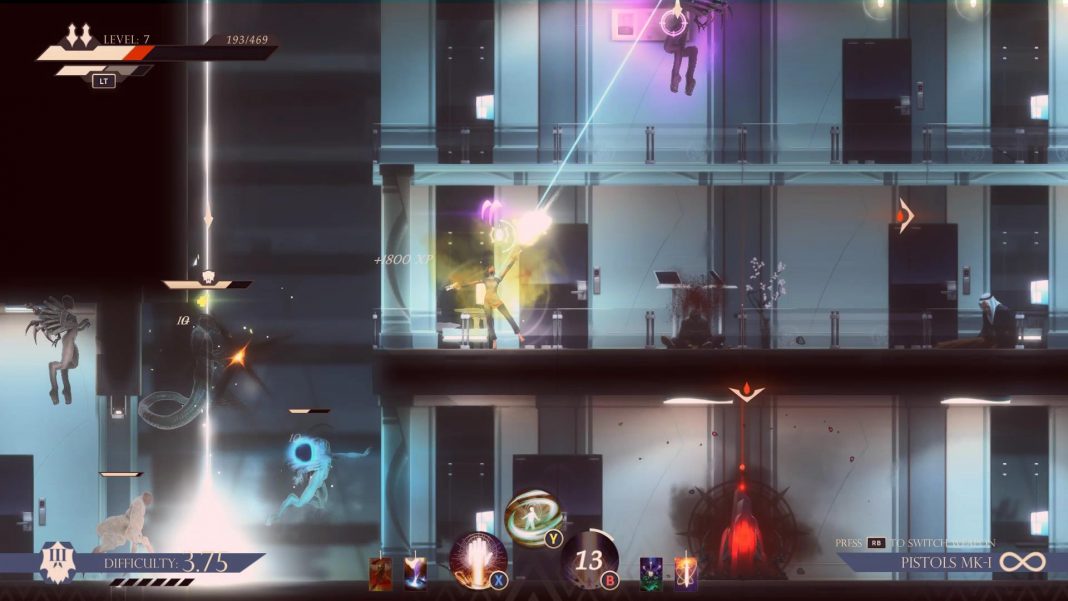 I love hard games. The challenge this game has is what has me coming back for more. The procedurally generated experience almost guarantees that no map layout will be the same twice. Depending on how awesome you are, the game can become a punishing shooter almost Contra like. I loved the speed of the game and how fluent your movement is around the map; like I said its almost like you are watching a ballet of destruction. The beautiful bright colored visuals,the enemy variants, everything is done very well. Top notch for a side scroller. For folks that are looking for a taste of something new with a splash of that old school flavor, Seraph will not disappoint.

My name is Cujo PTFO or GTFO I’m out .