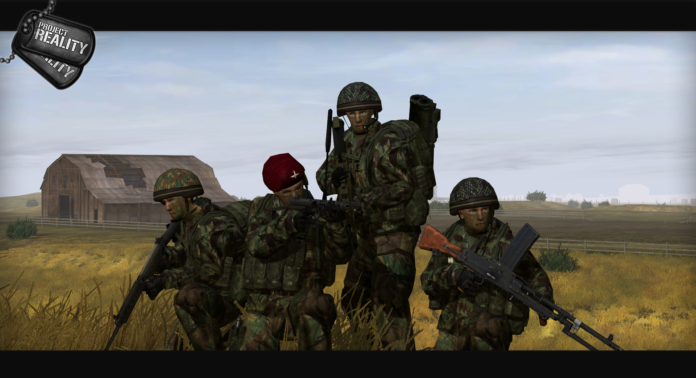 Remember the old days, the days before Battlefield 1, Battlefield 3 and Battlefield 4? There was Battlefield 2. I know, it’s a bit back-asswards, but what are you gonna do? Well Battlefield 2 has a very tasty mod attached to it, called Project Reality – a dedicated team of modders who are constantly tweaking and updating and just a couple of days ago, the Project Reality team announced a new update (v1.4) to the project, the trailer you can see below.

The main inclusion in this update is the introduction of the 1982 Falklands War including both British and Argentine armed forces. For those who don’t know too much about it, the Falkland Islands are located in the south Atlantic fairly close to Argentina. It’s been a bone of contention between the UK and Argentina for decades, and the military junta of Argentina at the time decided the then poorly defended islands were ripe for the taking, invading and securing them with little resistance. This prompted the British into immediate action, sending a battle fleet (over 120 ships) and large task force (approximately 28,000 personnel) across the world to retake the islands – something the US Navy at the time considered “a military impossibility” – and 74 days after the invasion by the Argentine’s, the war was over with a resounding and total British victory.

Enough of the history lesson people, the mod for Battlefield 2 includes the following new features and changes:

The main 2 maps in this mod are based on the Battle of Goose Green and a much larger map simply called The Falklands, but with the inclusion of the iconic Britiish Harrier aircraft and the overall feel of the mod, this should be one helluva play. What is surprising perhaps, is that the Falklands War has had coverage in film, TV, music and books but so far little to nothing (that I can think of) in video games until now.

What do you think of this? Are you still a Battlefield 2 player who partakes in Project Reality? Would you be interested in playing out the Falklands War? Let us know in the comments below, the RGM Forums or on Twitter. If you like what you’ve read then feel free to share this article on Facebook, Twitter, Google+, Pintrest or Reddit using the buttons available!