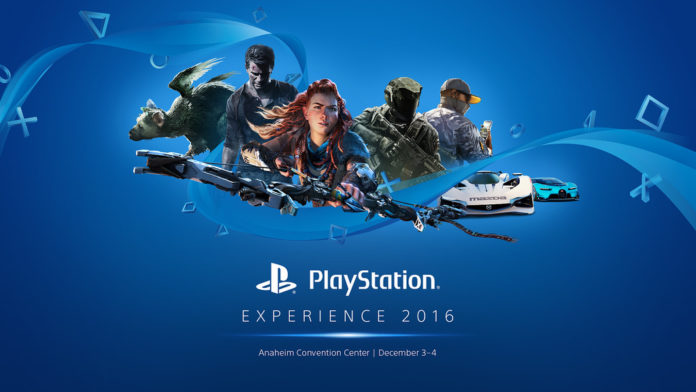 So, the PlayStation Experience (PSX) for 2016 is in full swing and boy, oh boy is there all sorts of awesome new stuff to talk about. To make sure you don’t miss anything we are handily linking all of the news articles on PSX here for you, as we write it! Just check for the links below, we will update as quick as we can.

If you’re not sure what PSX is, it’s essentially a dedicated weekend for PlayStation to put on a fun show for its fans and allow them time to try out some of the new games coming as well as newly released titles. This year, the event is taking place in Anaheim, South California and is a great opportunity to also try out newly released hardware; PlayStation VR (PSVR) and the PS4 Pro.

Sony have set up a ‘LiveCast‘ page set up where they are streaming Q & A’s as well as showing off trailers of the new reveals. There are also live messaging so you can get actively involved in the discussion.

The conference has just finished and you can watch the full conference here or on YouTube:

The Last of Us: Part Two Announced

New ‘The Last Guardian’ Trailer Revealed Ahead of Game’s Release

PaRappa the Rapper, Patapon and Loco Roco are All Getting the Remastered Treatment

Let us know your thoughts in the comments below or on the RGM Forums. You can also join in the conversation through our Twitter or various social medias using the handy buttons below.