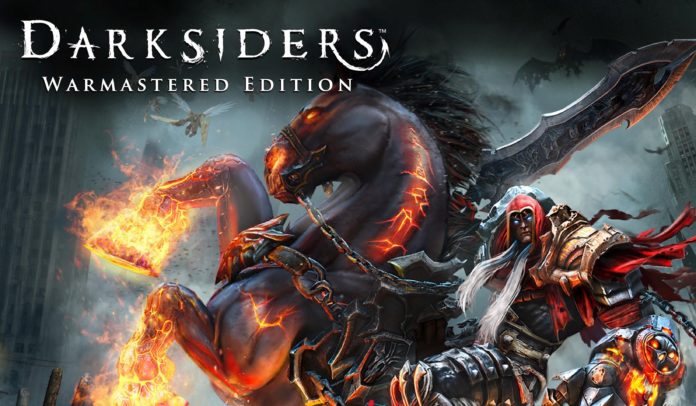 Remasters are all the rage at the moment and it seems like every company out there is rehashing old franchises in an attempt to drum up interest in properties from the past. Whether this practice is good or not is a matter of opinion; are these titles a worthy purchase or are they lazy cash grabs with no additional content? It’s an interesting question, arguably one that is beyond the scope of this review. One thing is certain, there is obviously interest in these products out there in the gaming community so it’s a good bet that we will continue to see them on the shelves for a long time yet. 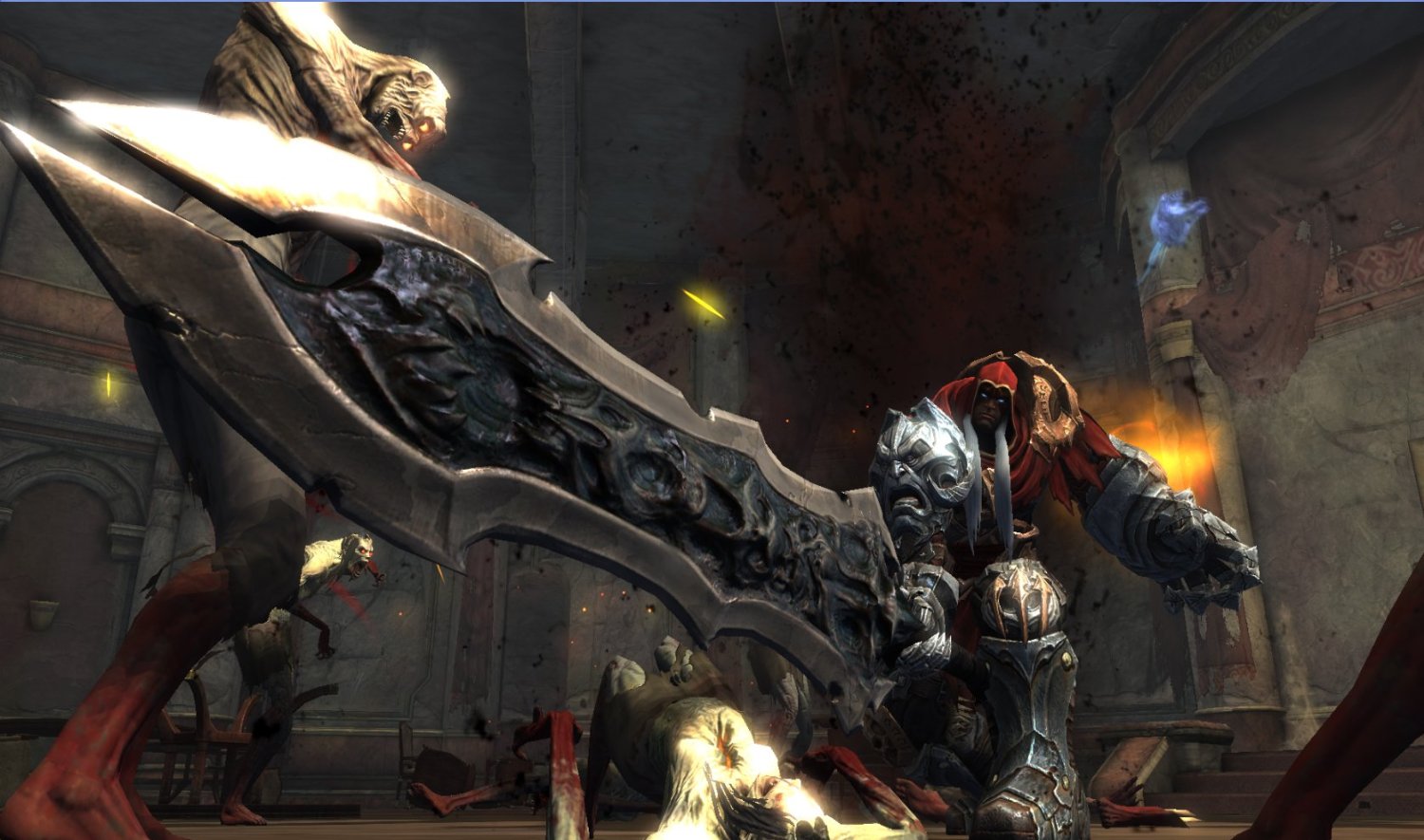 THQ Nordic doesn’t want to be left in the dust and are jumping straight on that old bandwagon with their latest remaster of the classic action hackn’slasher from 2010, Darksiders, slapped with the imaginative moniker, Warmastered Edition. This isn’t the company’s first jaunt into remake territory. You may have heard of their Darksiders 2 remaster from last year renamed the Deathinitive (groan) Edition. Clever labels aside, the title went on to modest success and a relatively positive reception from media which is why we are now seeing a rehash of War’s adventure on current generation platforms. Hopefully, the combined accolades of both will lead to some progress on the often requested third installment in the Darksiders saga. Fingers crossed!

For those uninitiated into the stygian universe of the series, Darksiders places you in the merciless, armored boots of the first horseman of the apocalypse. War. After his awakening brings about Armageddon, War finds himself chained before a clandestine group called the Charred Council whose purpose is to maintain the balance between the kingdoms of Hell and Heaven. A nefarious force has upset the balance leading to some nasty, cataclysmic results, especially for the kingdom of Man. After being fooled into starting the apocalypse before it’s appointed time, the council lays all blame on the shoulders of War but gives him a chance for redemption. Stripped of most of his powers, he is dumped on a desolate Earth to hack and hew through legions of demons and angels alike in a quest to restore the balance and save himself. 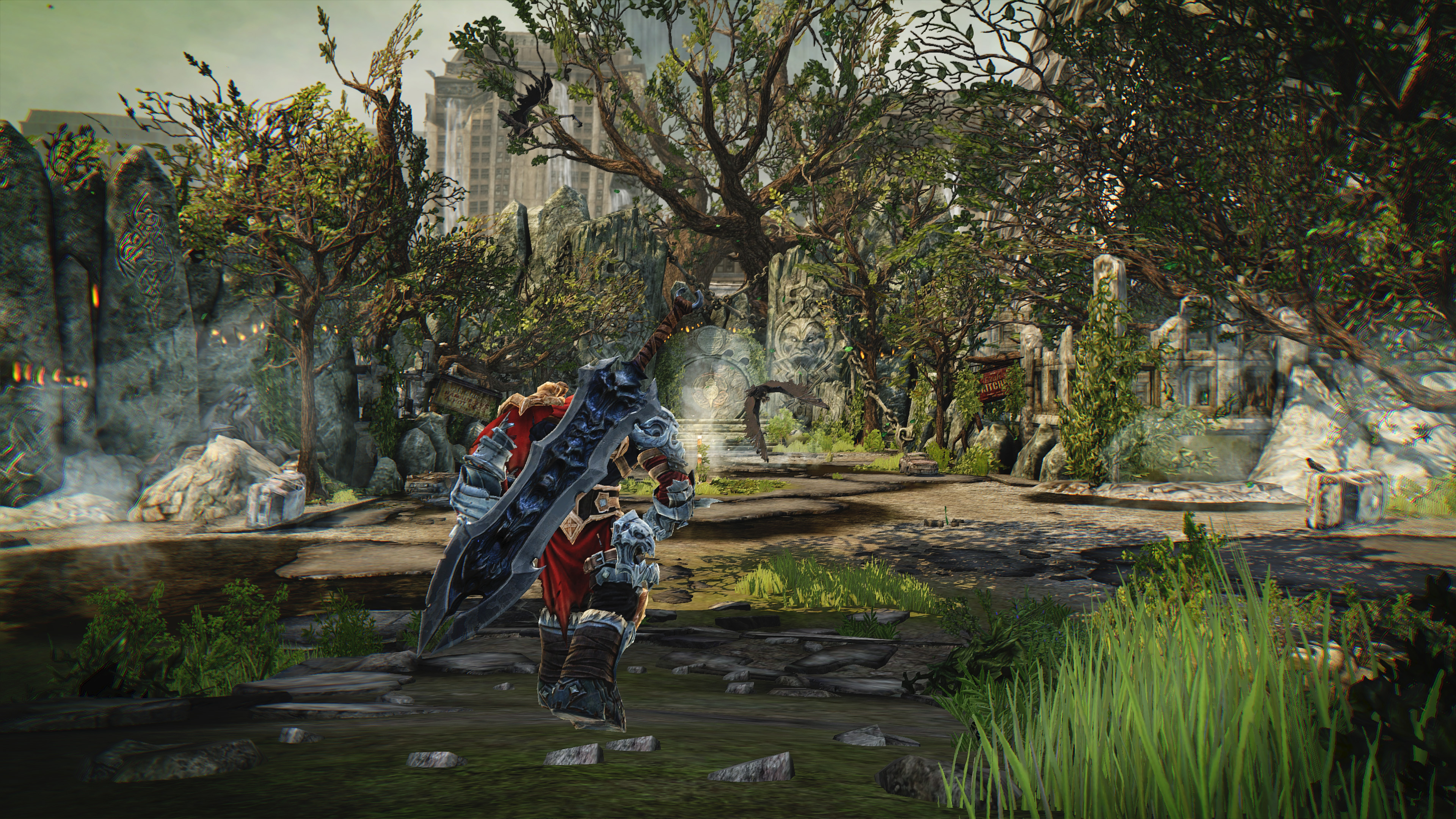 From a gameplay perspective, Darksiders Warmastered Edition features nothing new for those of us who played it on last generation consoles. The original had no DLC to speak of and the remaster reflects this. No new gameplay or story elements whatsoever. The campaign is still the same tightly scripted, combat heavy dungeon romp that many players enjoyed all those years ago. What has changed is that you can now enjoy the whole game in glorious 1080p and the enhanced visuals are a clear and welcome improvement. Darksiders was an attractive looking game seven years ago and that definitely hasn’t changed. Joe Madureira’s distinct cartoony art style is still a joy to behold with the chunky models and colorful environments benefiting greatly from the increase in resolution.

Rattling off sword slashing combos has never felt so good either. The frame rate has been elevated to a smooth, silky 60 FPS. Fighting in the original was already intuitive and thrilling so the upgrade has only made great combat even better. I did run into the odd graphical hitch as I played. At one point, the water I was swimming in disappeared leaving me floundering in nothingness. It was a rare event and didn’t really detract from the experience as a whole. 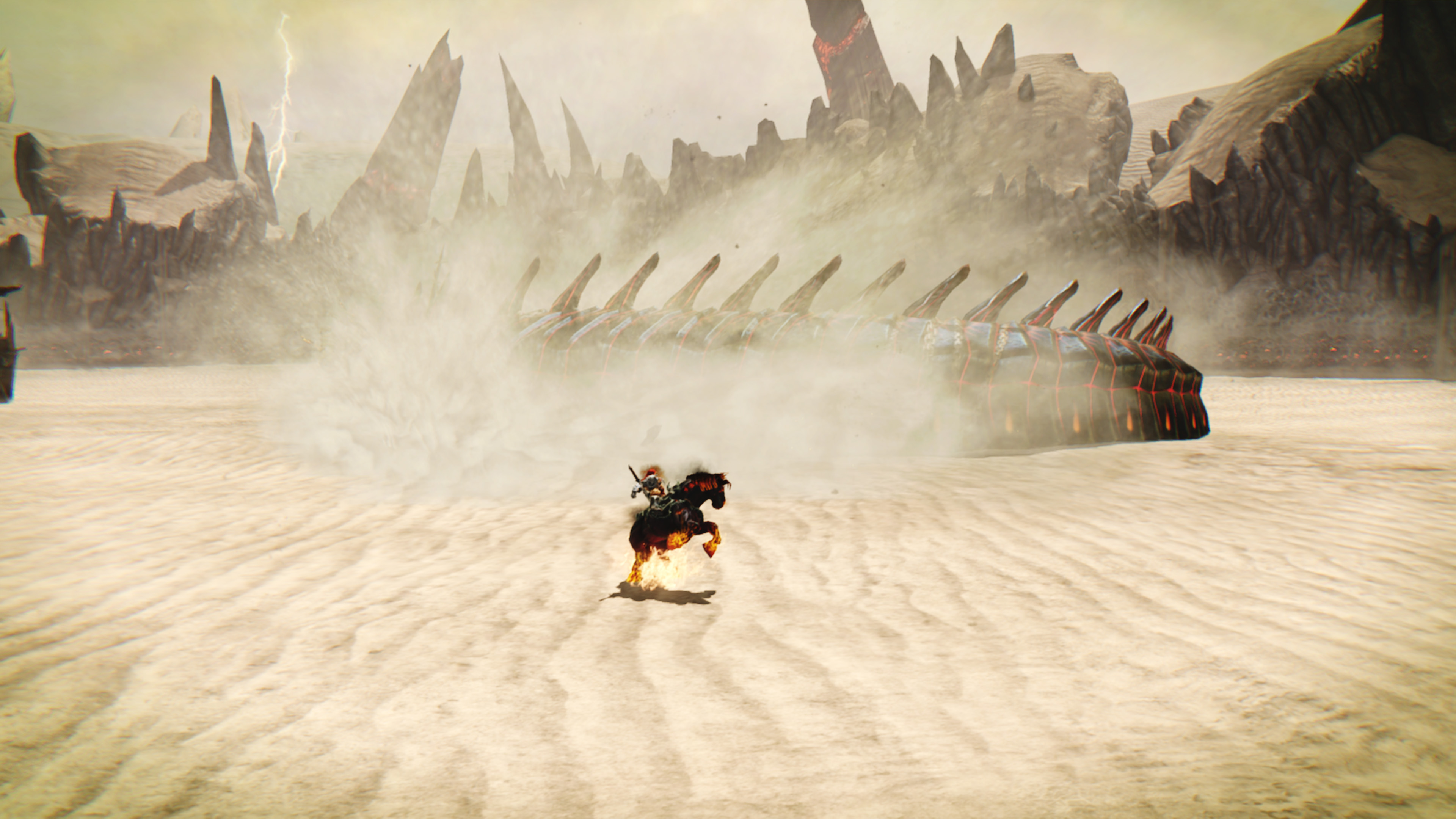 Players new to Darksiders will find a lot to enjoy here. The game plays very similarly to God of War with a substantial focus on melee action versus a variety of monstrous opponents. An abundance of weapons are available, the greatest of which is Chaoseater, War’s ridiculously massive sword which is imbued with the souls of it’s deceased foes. A gigantic scythe can also be found as well as a cool gauntlet that enables you to smash the ground, Hulk-style. You will come across many other tools and implements in your travels, some of which are required to progress or to reveal one of a multitude of hidden collectables and treasures.

If you thought a horseman of the apocalypse would have some special powers then you would be entirely correct. A variety of abilities can be acquired and used to turn the tide of battle including encasing yourself in stone or decimating groups of enemies with the delightfully named Blade Geyser. If the fighting gets a little hectic, you can even transform into a hulking Chaos Form complete with demonic wings and near invulnerability and annihilate even the most robust foe with just a few swipes. I saved this for the particularly tough arena battles. New players should beware; some of the fights are a real trial especially on the hardest difficulty. Don’t go in expecting to be able to button mash your way to victory. Judicious use of the dodge dash and parry abilities is critical to keeping alive against multiple opponents. 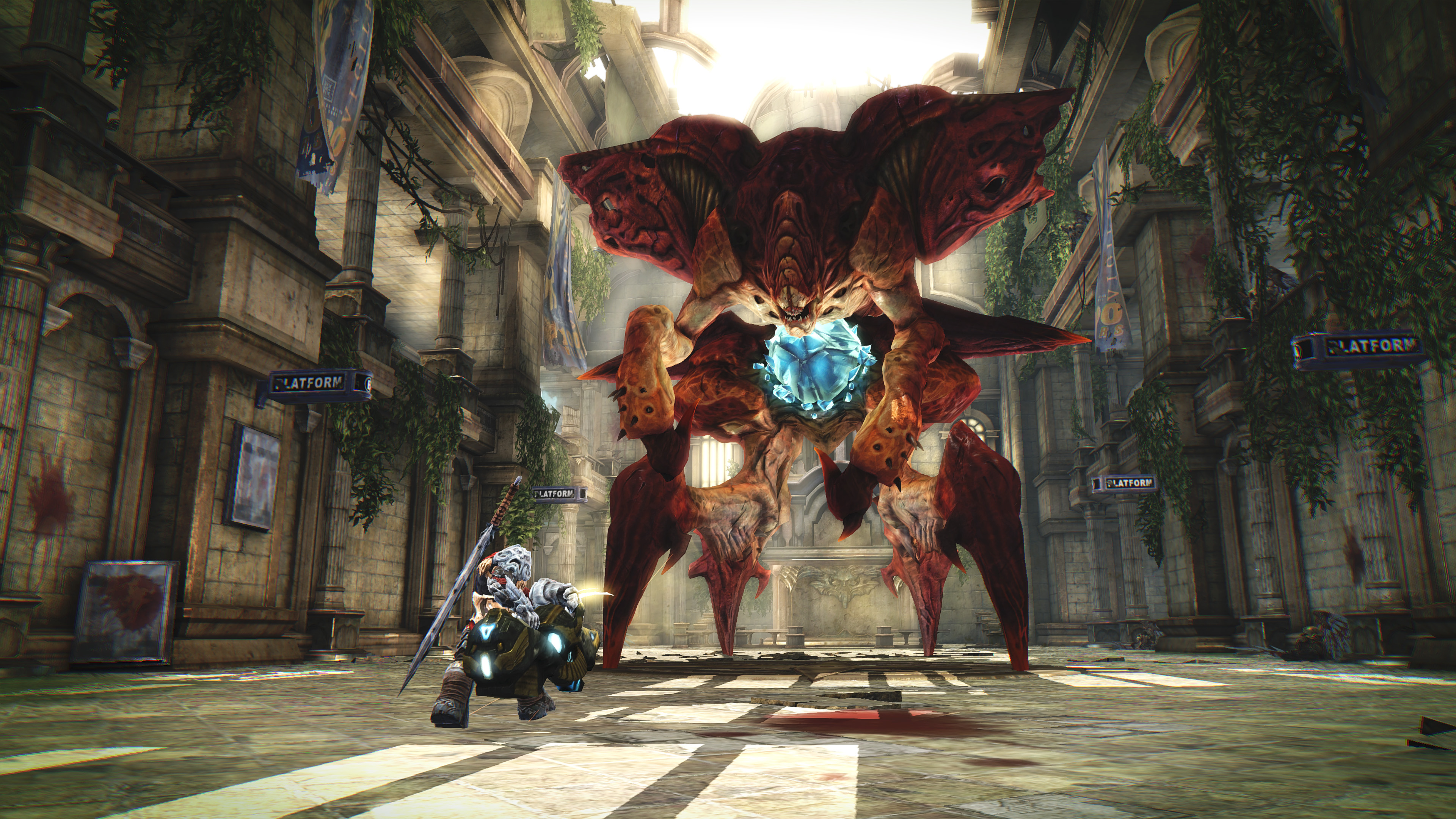 Narrative advancement is built around a linear progression system. War receives a quest and moves through several regions on his way to a dungeon and a boss fight which rewards him with the ability required to progress to the next challenge. It’s nothing new and it’s been done before. Think Legend of Zelda but with nightmarish demons and squirting blood and you won’t be far off the mark. Although some of the environments are immense, Darksiders is not a true open world game. Aside from the odd excursion off the beaten track for an item or collectable, there is only ever one way to go if you want the story to continue. While this may be a negative for some, I feel it focuses the action and allows the tribulations of War to unfold at a pace that is almost perfect.

Sound design in Darksiders was superb and that hasn’t changed in the remaster. Music is appropriately grim and morose during quiet exploration, and punchy and explosive when the bloodshed begins. Dialogue is competently written and delivered across the board but extra kudos needs to go to Mark Hamill who voices War’s annoying sidekick, The Watcher. His efforts here are conveyed with real nuance and enthusiasm; a highlight and outrageously entertaining. 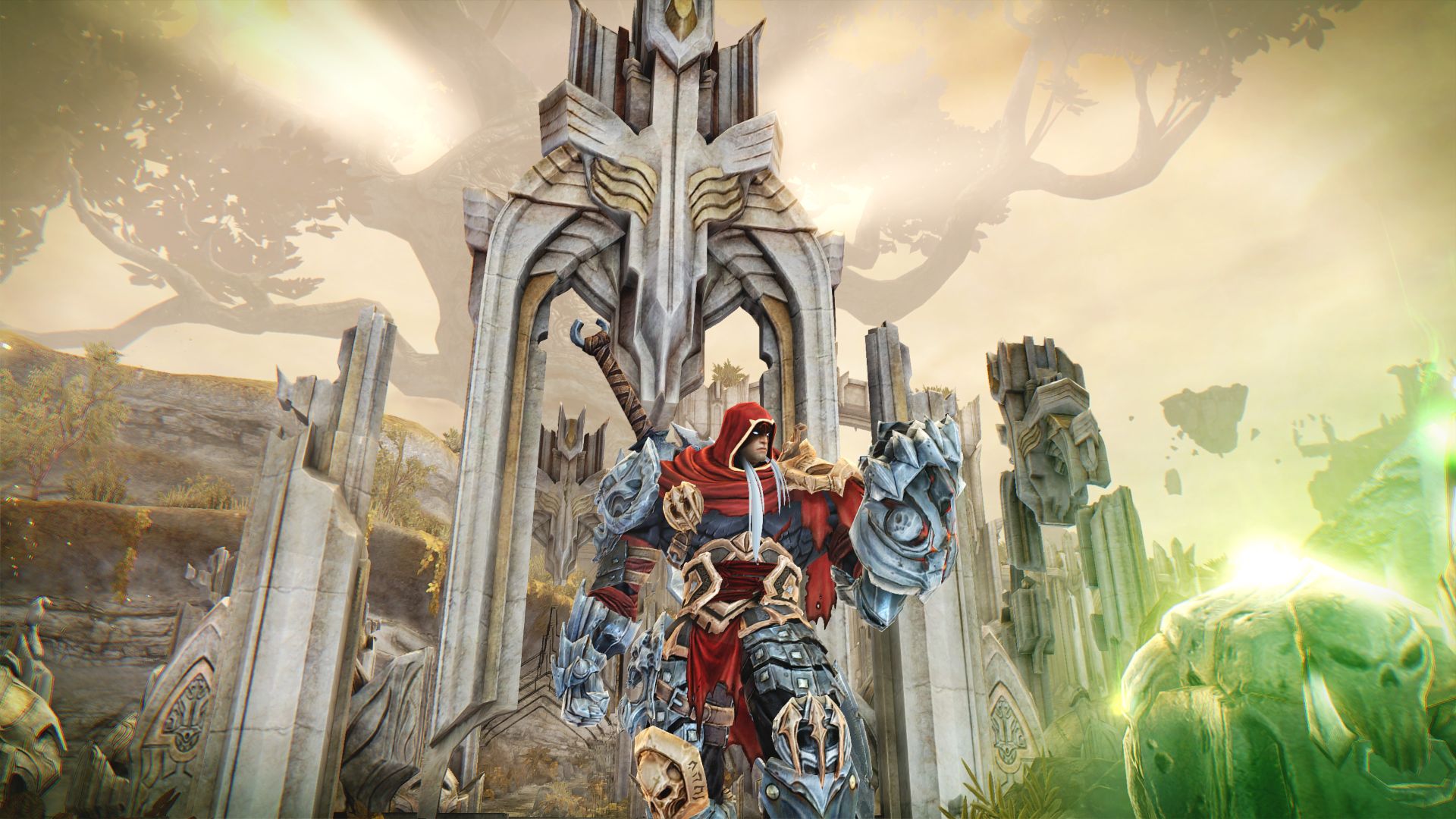 Darksiders is the same game it was back in 2010; a fantastic experience. The addition of enhanced visuals and a smoother frame rate only bolsters that fact. For new players, the Warmastered Edition is an enjoyable journey that encapsulates all the things that makes the series great. For veterans, saddle up Ruin and join War for another adventure. The apocalypse never looked so inviting!