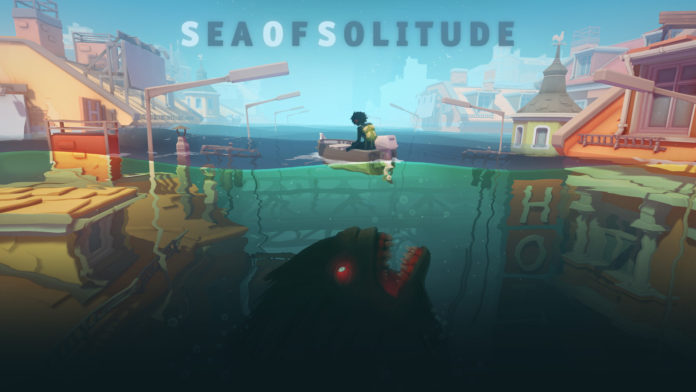 EA has just announced that indie adventure game, Sea of Solitude, has become the latest title to be added to their EA originals program. Developed by Berlin based studio, Jo-Mei Games, Sea of Solitude tells the story of Kay, who is alone in a world where people’s loneliness transforms them into monsters. She finds herself slowly becoming a monster herself and sets out to discover the reasons why.

Wandering through a stunning flooded cityscape, Kay encounters a number of humans who have already made the change into their monster forms and over the course of her adventure, comes to realize that her true enemy may be something else entirely.

Patrick Söderlund, Executive Vice President at EA had this to say about Sea of Solitude and EA Originals in general:

Like Fe, our first EA Originals title, Sea of Solitude captures the essence of the games we want players to discover through EA Originals.  We are celebrating the passion and talent of the amazing creators in our industry, and enabling them to bring unique and memorable stories to the world.  Often that’s brought to life in the narrative of a game, but sometimes, it’s the story of the individuals themselves. With Sea of Solitude, it was both – a story so personal and human, and one that carries a powerful message. Jo-Mei insisted it needed to be told, and I couldn’t agree more.

While no concrete details regarding platforms or release timeframes have been supplied, the game looks smooth and well polished in it’s current state. You can visit the Jo-Mei website for some beautiful screenshots and animated gifs or take a look at some gameplay and developer insight in the video below provided by YouTuber, Anthony Carboni.

Do you think Sea of Solitude is a worthy addition to EA Originals? Tell us in the comments or on the RGM Forums.