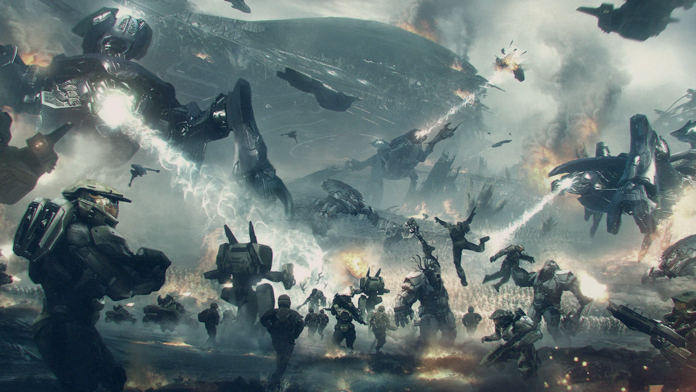 Dan Ayoub of 343 Industries, developers of upcoming Microsoft exclusive Halo Wars 2, has taken to Twitter to announce that the highly anticipated strategy title is complete and has been sent to the presses. In other words, it’s gone gold. Despite a distinct lack of marketing effort on Microsoft’s part to create some buzz for the release, many fans are still looking forward to the return of classic real time strategy in the Halo universe.

For those late to the party, here’s a quick overview of what to expect, straight from the HW2 website:

After decades adrift and declared “lost with all hands,” the brave crew of the UNSC Spirit of Fire are mysteriously awoken above an ancient Forerunner haven known as the Ark. In Halo Wars 2, Captain Cutter and his crew will face one of humanity’s most formidable threats yet: The Banished – a fierce and powerful Brute faction led by a cunning and lethal warrior known as Atriox.

Halo Wars 2 delivers real-time strategy at the speed of Halo combat. Get ready to lead armies of Spartans and other Halo fighting forces like Warthogs, Scorpions and exciting new units in a brutal war against a terrifying new enemy on the biggest Halo battlefield yet.

An open multiplayer beta is coming this week too. Going live this Friday on Xbox One and PC, it will allow armchair commanders to try out the Blitz mode on a single map from the final game. The beta will run until Monday, 30th of January and everyone can have a go!

Are you a Halo Wars veteran? Will you be joining the ranks once more when Halo Wars 2 launches? Share your stories with us in the comments or on the Forums.