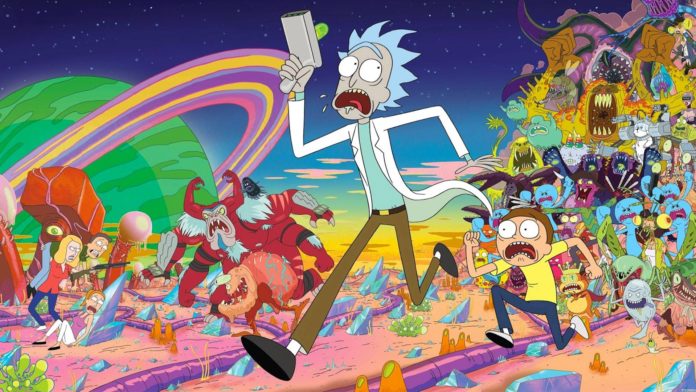 I am sure I am not the only person wondering where Rick and Morty season 3 is. Having only recently discovered it (I know, don’t hate me), I haven’t had to wait as long as those long term fans. There hasn’t been a new episode since October 4th 2015! Despite this, it is a hell of a wait given how awesome Rick and Morty is.

Rick Sanchez is an alcoholic scientific genius who has moved in with the family of his daughter Beth, who is a veterinarian and equine cardiac surgeon. He splits his time between developing arcane projects and taking his teenage grandson Morty (and, with increasing occurrence, his older teenage granddaughter Summer) on dangerous and surreal adventures throughout the multiverse. Compounded with preexisting tensions within the family, these events cause the sensitive Morty much distress at home and school.

Now how does that not sound awesome? If you’re not convinced here a teaser for season three from last years San Diego Comic-Con.

Still, well over a year of waiting is a long time to wait for a new season. Indie Wire have recently reported on comments co-creator Dan Harmon made addressing fans queries as to when we will see Rick Sanchez and co. back in action.

“I’m so sorry. I don’t have a release date for Season 3. It’s not that I know it and I’m not allowed to say it; it’s [Adult Swim’s] domain. What I will tell you is it’s late because of us, it’s late because of me. If Justin were here he’d agree. He and I would go, ‘Yeah, we fucked up,’ and it’s hard to put your finger on how we fucked up. ‘Rick and Morty’ keeps taking longer and longer to write, and I don’t know why.”

Going on to discuss some of the issues the team have encountered. Harmon commented on some ‘turmoil’:

“We have fights all the time and then we have fights about why we’re having fights. Well, we didn’t fight during Season 2, that’s why it’s taking longer! All this fighting! So OK, let’s stop fighting!’”

Hopefully it’s nothing too serious and work, although slower than usual, is progressing in a good way. I would much prefer a better quality season than a rushed one just to placate impatient fans. Though we aren’t any closer to a release date or window. We know it’ll be worth the wait.