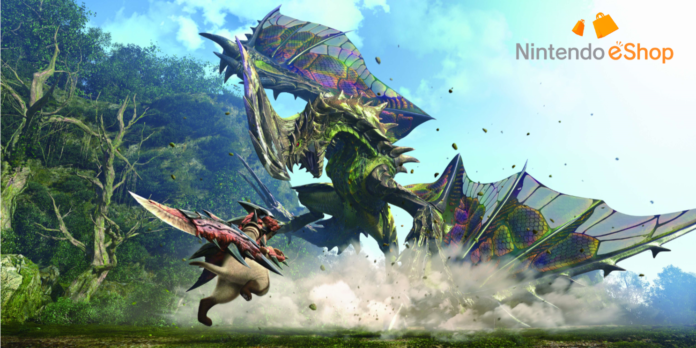 Nintendo have revealed on GamesPress the new eShop deals coming to 3DS and Wii U. Most of the U.S. eShop deals are available now, there are currently no dates of finish for the sale prices, so get in quick if you want to take advantage of the deal.

Most of the eShop deals in Europe and the U.K. begin on February 16th and end, at the latest on March 16th. Check the specific tables below to find out how long you’ve got.

The recommendation this week is easy. There’s only a few to choose from, Monster Hunter Generations and several Final Fantasy games which are the most noteworthy. Monster Hunter Generations has a great saving and is a strong and consistent entry to the series, so we will go with that as our recommendation this week. Though it it always a good opportunity to discover a brand new game that becomes a favorite from the other discounts. There are a lot of titles reduced to very low prices, so might well be worth a bash.

I still wish Nintendo would make an effort and discount some of their bigger titles, we never see a discount on a Mario title or any Virtual Console releases. Maybe that’ll change with Switch, but I am not holding my breath.

(On a side note, some of the links are missing for a few of the games, they do not seem to appear in the store currently).