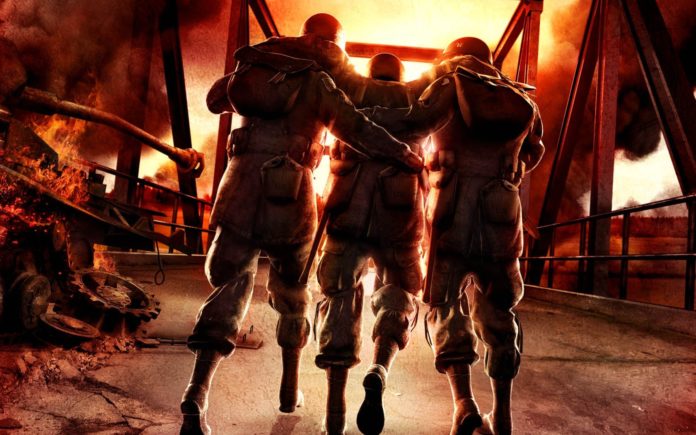 Could it be? Could we be gearing up for the return of Brothers in Arms? We could be if a tweet from Gearbox lead, Randy Pitchford is anything to go by.

Responding to a question on Twitter about the potential for a return of the World War II shooter, Pitchford had a simple answer.

Though not an official announcement, or any sort of detail, it seems that things are definitely happening. “Working on it!” is, of course, incredibly ambiguous; he could be talking about a proposal that has gone in. The game could be in early stages of development. Or it could be about to pull a Fallout 4 and release imminently. We just don’t know at this point.

There was another game due to release though. In 2011, Ubisoft announced that another title in the series was going to be released. Dubbed Brothers in Arms: Furious 4 the game looked to emulate the tone set up of famous Tarantino film Inglorious Basterds. Unfortunately the game never materialised, it was sold off to Gearbox who decided to separate the title into two franchises. Being two separate IPs; Brothers in Arms and Furious 4, Pitchford commented that the focus was on Furious 4 but Brothers in Arms would return.

Turns out, Furious 4 ended up becoming last year’s hero shooter Battleborn. Even one of the characters from Furious 4 is in Battleborn. Pitchford commented at a conference in 2015:

“Furious 4 is not a thing anymore, right? Creative development is a trip. The idea that something started as a Brothers in Arms game, through some absurd convulsion, ended up as Battleborn is evidence of what’s possible.”

Given that support for Battleborn continues, it could potentially be a while before we see anything about the next World War II shooter. Conversely, we could be about to see a reveal, which is why Pitchford was happy to reply to this query.

So nearly 10 years after the last release, could we be about to see the return of the great war shooter? Let us know in the comments below, the RGM Forums or on Twitter. Feel free to share this article on Facebook, Twitter, Google+, Pintrest or Reddit using the buttons available!