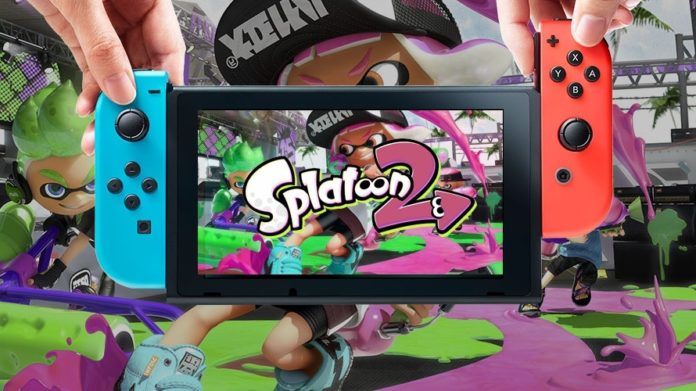 There’s only three weeks until the Nintendo Switch launches, exciting times right? There’s perhaps a little longer to wait until the summer release of Splatoon 2, the sequel to the squid based ink shoot ’em up. Fret not though, eager squid scientists. Splatoon 2 is getting a ‘global testfire’ at the end of March.

Announcing the news via a new trailer on YouTube, Nintendo have confirmed that there will be a weekend of splatooning fun the weekend of the March 24th to March 26th. You can check out the trailer below:

The global testfire is essentially a beta test, allowing players to try out the game ahead of its release. It occurred with the original Splatoon and now makes a return for the sequel. Furthermore, the testfire will allow Nintendo to stress test their multiplayer servers especially if Nintendo are planning to commit to the new Nintendo Online. If the service is moving to a paid for service in the fall as has been reported, then it makes sense that Nintendo do their utmost to ensure it is as efficient as possible.

It is probably one of the reasons that the new online service for the Nintendo Switch is free from launch for about six months. It gives Nintendo a chance to iron out any kinks without having to deal with angry players. Though obviously, as we all know, this won’t stop them moaning, even on a free service, albeit temporarily.

Metro confirmed that there will be six sessions of an hour long each across the three days. So there isn’t long for gamers to get their hands on the new title. You can see the timings below. The global testfire will allow you to try out four main weapons including Splat Dualies (basically dual-wielded weapons). It has also been confirmed that Splatoon 2 will have up to eight player LAN multiplayer. 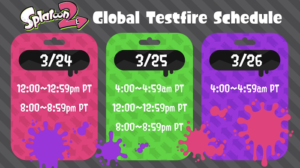 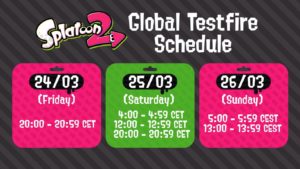 You can enter our contest to win a Nintendo Switch with The Legend of Zelda: Breath of the Wild!