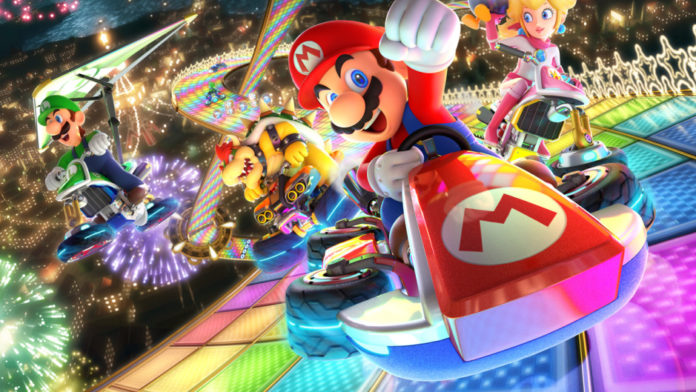 Releasing on April 28th, Mario Kart 8 Deluxe is one of the most anticipated titles for the Nintendo Switch. Many of us grew up playing Mario Kart so it only stands to reason that we are super excited to be getting a current generation iteration of this franchise.

New characters are being introduced to mix things up a bit, which are:

For those of you who like to take your competitive streak even further, you will be happy to know that Battle Mode is back and has been revamped to be more like the fun times of old, and new items have also been showcased in the trailer which you can view below.

Mario Kart 8 Deluxe will be available on Nintendo Switch April 28, while the original version of Mario Kart 8 and all of its DLC can currently be purchased on Wii U.