Helping to kick off fall is the Gears of War 4 September Update, the penultimate update in the promised one-year support of new content every month. On top of that, it’s available to download for Xbox One and Windows 10 right now. Revealed on Xbox Wire, this update brings two more maps (as usual) in addition to some new achievements, matchmaking improvements and more! (As always, italicized paragraphs are direct quotes.)

Here are the two new maps: 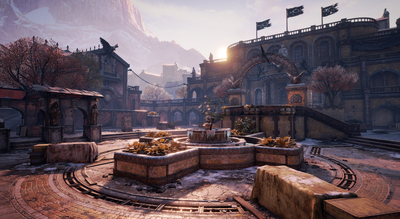 The classic Gears of War 3 battleground set in the hometown of Dominic Santiago’s wife, Maria, makes its much-anticipated return in Gears of War 4!
Now set in the end stages of winter, the fights you know and love are all here – including the close-quarters pew battles inside the church and the fight to dominate the high ground in the center of the map – playing just like you remember. 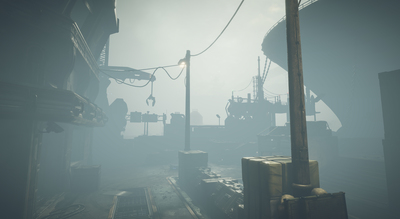 Prepare for nerve-shaking combat in Harbor Haze! This new take on Harbor is set during the day, and introduces a brand-new mist mechanic that envelopes the battlefield.
The mist can roll in from the sea at any time, dramatically reducing visibility and providing the perfect opportunity for surprise attacks or sneaky flanks. The mist changes the dynamics combat drastically – if you’re brave enough to find out how.
Next up, something we can all enjoy…

This month also brings major improvements to your matchmaking experience in Gears of War 4! In the coming weeks, we’ll be switching from Region Locked matchmaking (matching you only with players in your choice of Region) to a new Quality of Service matchmaking system.

What does this mean for you? We’ll match you on local data centers with players of similar connection quality more often, resulting in fairer and better quality matches every time you play.

More stuff will be rolling out across the month, including Ranked Season 2 and new Gear Packs that begin with the return of the Locust Sniper. 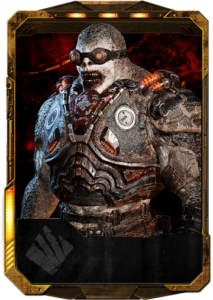 What’s next for Gears of War 4?

The Gears of War 4 September Update is the second-to-last promised update however, support won’t be stopping there. Here’s a list of some things coming after October 2017:

More maps is always a great thing however, personally I’m very excited to see Mercy return. I’ve got quite a few fond memories of Gears of War 3 Horde on that map, so it will be interesting to see if it still holds up. Until next month, enjoy!