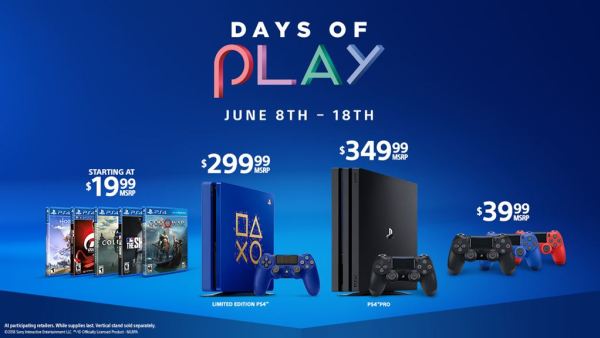 Today, on the Official PlayStation blog, Sony announced the return of the Days of Play. For those who don’t know what this is, it is basically a period in June where Sony is offering discounts on PlayStation software and hardware in stores. This year, it will be from June 8th to June 18th.

Hardware deals and a new bundle

In terms of hardware, there will be a new limited-edition PS4 console bundle (not the Pro) with a 1 TB hard drive. It will be blue with gold symbols (the colors of this year’s sale), and the controller will match the design as shown below. 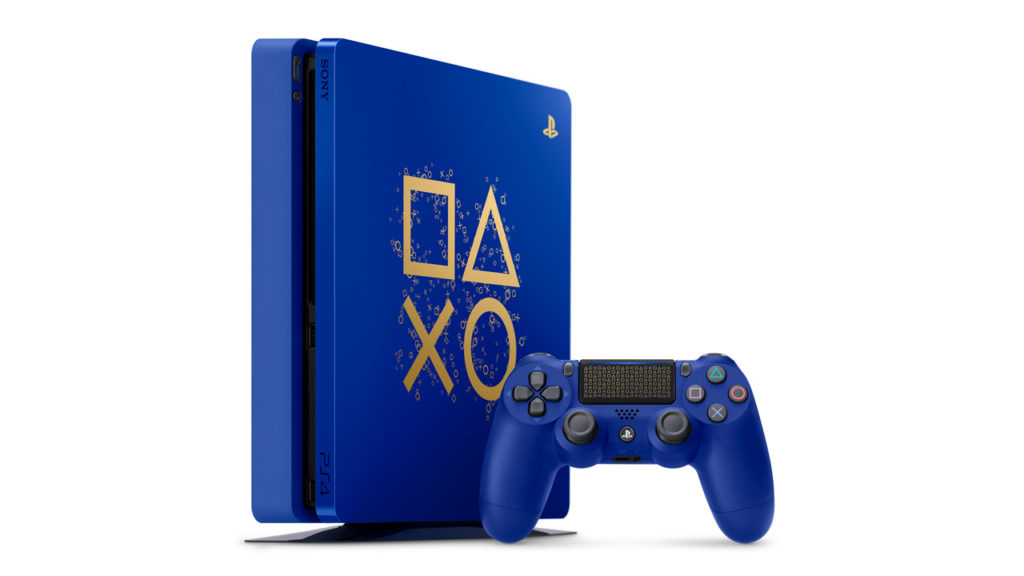 In addition, a series of rebates on existing hardware and peripherals will be offered:

They have also announced a series of first-party game titles that will be on sale during this period:

Let’s not forget about the services

Finally, there will be promotions on 2 of Sony’s services. During the event, a 1-year subscription to PlayStation Plus will cost $49.99 US / $59.99 CAN. For US customers,  PlayStation Vue will offer a $10 US rebate per month off the Core plan standard price for the first 2 months. After which, it will continue at the regular price of $44.99 US per month.

They say to stay tuned because there will be a catalog of titles from both PlayStation Plus and the PlayStation Store that will have rebates when purchasing certain titles.

So, this is definitely a nice warmup sale pre-E3. For those that were on the fence on some of Sony’s first-party titles, there are definitely some gems in here. Maybe for you, it is more the new hardware and accessories that are enticing you. I can’t wait for what’s revealed during this event next week. What do you think about this? Let us know in the comments.