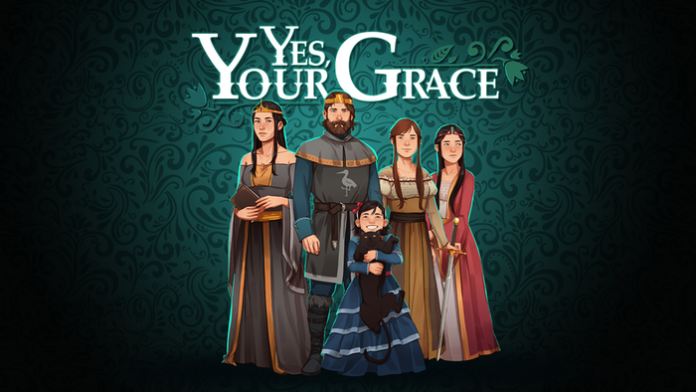 Yes, Your Grace was a featured Steam game that I discovered on the main page and piqued my interest enough to want to see what the hell it was all about. After watching the trailer, it turned into an immediate purchase. Within minutes of playing this kingdom management RPG, I was fully immersed in the land of Davern making decisions that, though seemed innocuous at the time, might have grave consequences going forward. 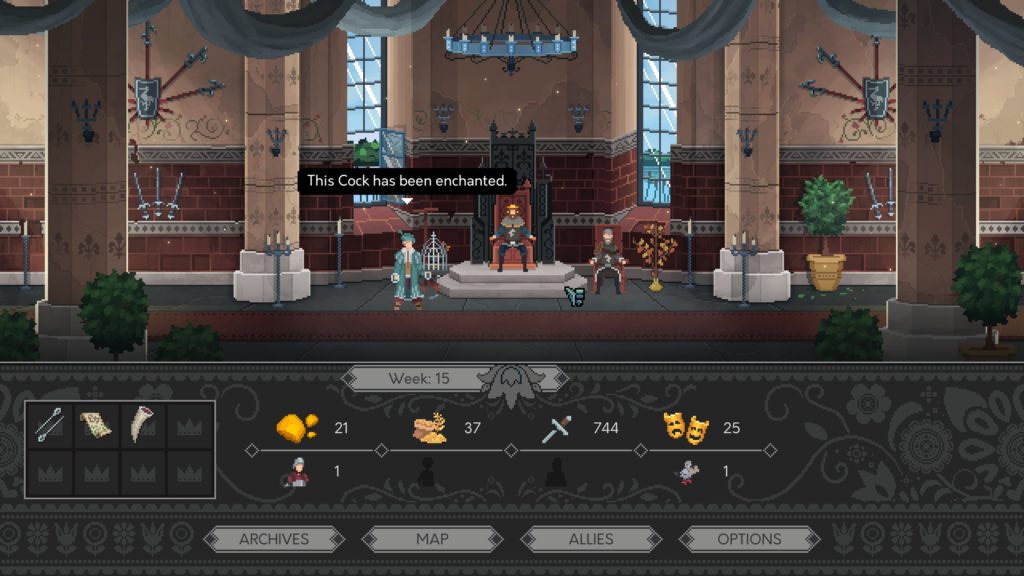 It’s not often that you see 2 seemingly remote genres blend so seamlessly. However Yes, Your Grace does so with such ease that it makes RPG and Management feel like they should always be partnered together. You are King Eryk of Davern, and this king’s crown certainly weigh’s heavier with every passing week in the game. You must balance the needs of your subjects with the needs of your family, not to mention the need to keep your head on your shoulders. Threats from invaders, Witcher-Esque monsters terrorizing your people and 3 daughters who range from stroppy teenager to playful scamp. That last one I can relate to damn well. I honestly think it’s part of the reason I connected so heavily with this game. That connection, and the page-turning gameplay that just screams “One more turn…” means that this is something of an easy review to write. 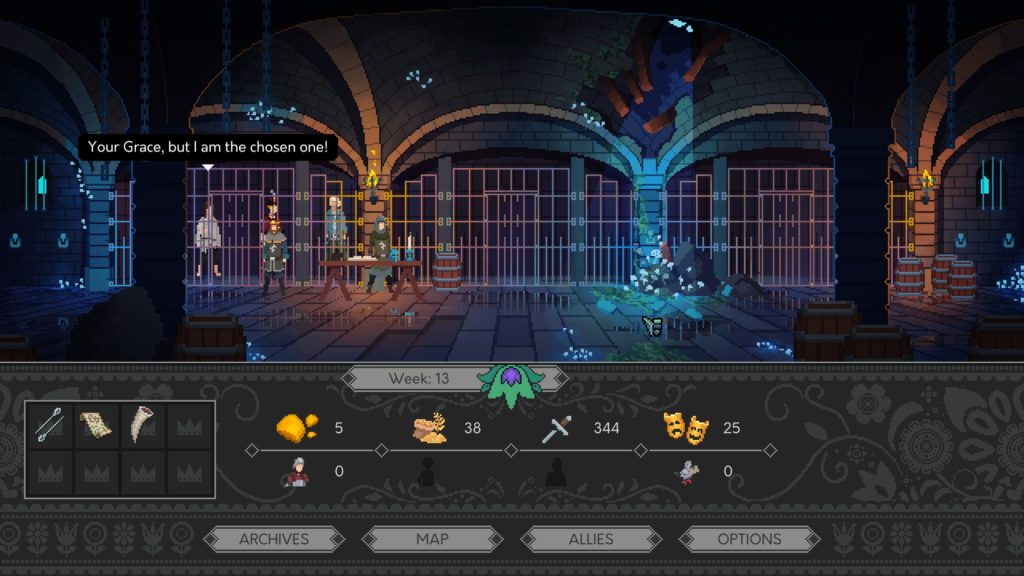 Less is more they say. Yes, Your Grace nails it. Simple point-and-click controls mean that the learning curve here is pretty much non-existent. The highly intuitive gameplay in Yes, Your Grace means that you can concentrate on the narrative without constantly trying to remember a hundred different intricacies and settings to keep on top of.

The area at the bottom of the screen is what I thought of as your “State of the Nation” area, showing you how much gold, supplies, and soldiers you have as well as how many happy subjects you have. You must keep all these up if you can, and they will influence each other. The more happy subjects you have, the more taxes you’ll bring in which will boost your gold. The more soldiers you have the more you have to feed them, so the more supplies come out of your reserve each week. There’s a certain amount of plate spinning that is needed but it keeps you nicely on your toes throughout. 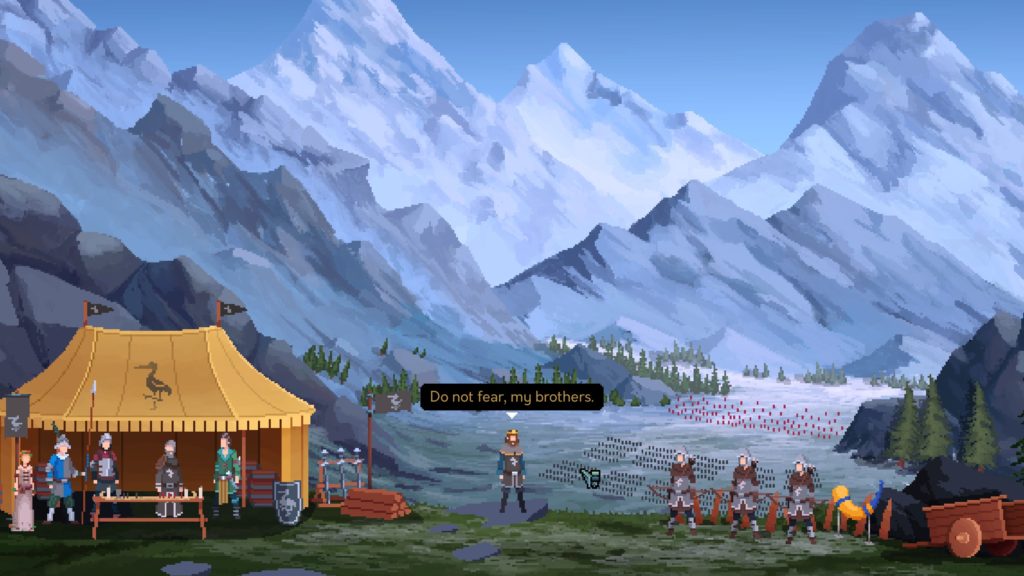 Beauty is in the ear of the beholder

The 2D art style in Yes, Your Grace is phenomenal. The fluid way in which characters move is smoother than some AAA games I’ve played in recent years. The surroundings are also fantastically created. From the dank dungeons to the rolling mountains, everything looks spot-on. There is also the minimalist way in which some parts of the game are depicted. The soldiers on the battlefield, for example, are just dots, but it works so damn well!

I could go on about the way this game looks, but I need to tell you more about the way it sounds. The speech in-game is very Sims-like, and I swore that one of the voice actors was Ahmed Best, aka Jar Jar Binks. What steals the show though, is the music. A mixture of original pieces of music by Carlos Filipe Alves and songs by Merkfolk – a Polish folk-metal band. Since discovering this game, I am now a fan of Polish folk-metal! 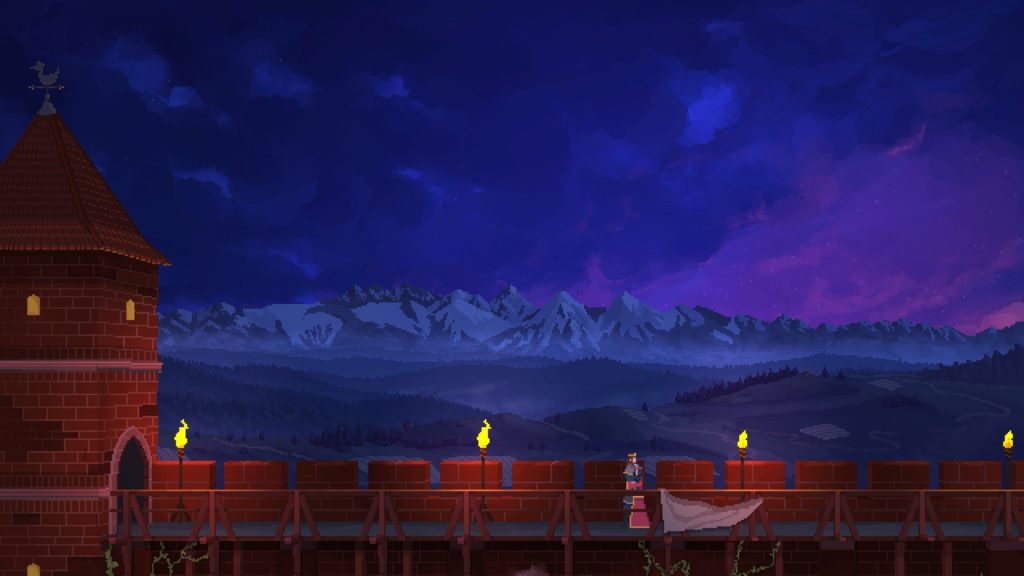 But what if I did this?

I have only ever been compelled to replay a few games as soon as I’ve completed them. The most recent one for me was Detroit: Become Human, but now it is Yes, Your Grace. As soon as I finished my first play-through, I had to start again. I had to see how and where my decisions mattered most, and where my actions were least effective. Could you be a better or worse husband and father? Could you come out on top and could you come out with nothing? The game allowed me to do both and more in between. This will almost certainly be a game that I come back to again and again as the months and years roll on, and that is the true mark of a great game.

My final word on this title is that Yes, Your Grace is worthy of your time, your money and your admiration. The work that has been done by this little studio in the UK is nothing short of magnificent. I hope beyond hope that they continue onto to bigger things because there is some real talent on display here. If you find your self looking for something to get into that will pull you in, make you laugh, make you cry (yes, this game made me tear up and fight to hold them in) and keep you entertained, then look no further than Yes, Your Grace.