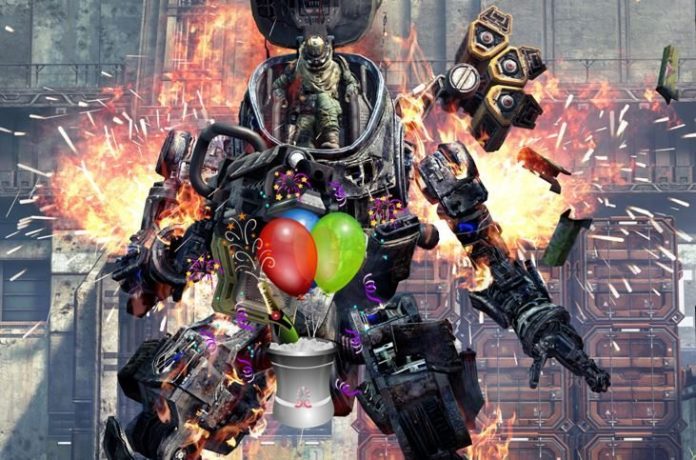 First off let’s just start by saying congratulations to the team at Respawn and all the companies that worked in conjunction with them to create was has been one of the most popular games on Xbox One. Titanfall was released in March of 2014 and since then has now seen 10 Million copies purchased across the globe. That’s 10 Million in only 18 months!

Vince Zampella tweeted out this picture this morning of the team celebrating this massive milestone.

Respawn have done an amazing job with their continued support of the game, including making all the DLC free earlier this year to celebrate their 1 year anniversary. Titanfall has now also been added to the EA Vault giving members the option to play it for free – what a great way to inject some life back into servers that were starting to drop off a little bit.

So now we wait for more news regarding Titanfall 2. Abbie Heppe, Community Manager for Respawn, has provided some insight into the community feedback that has been taken on board for the development of Titanfall 2, however outside of that the only other piece of information we have been given so far is that Titanfall 2 will in fact be headed to PlayStation this time around to give gamers on all platforms a chance to enjoy it.

Until then, happy gaming pilots!