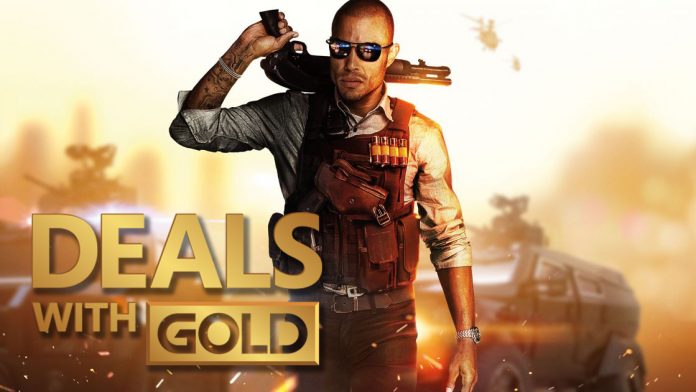 Hey there gamers, it’s a new week and that means an all new set of Xbox Live Deals with Gold and Spotlight sale titles for the week of December 8th. This week’s deals focus around the Battlefield franchise which features a 50% off discount on both Battlefield 4, Battlefield Hardline and both titles subsequent add-ons.

This week’s Xbox Live Deals with Gold and Spotlight Sale EXL feature game is Battlefield Hardline which has the standard, deluxe and ultimate editions of the game for 50% off.

“Be the law or Break the law in Battlefield™ Hardline. This action-packed blockbuster combines intense signature multiplayer moments of Battlefield with an emotionally charged story and setting reminiscent of a modern television crime drama. In a visceral single-player campaign you’ll play the role of Nick Mendoza, a young detective who embarks on a cross-country vendetta, seeking revenge against once trusted partners on the force. In multiplayer you’ll hunt criminals, raid vaults, and save hostages in new cop and criminal inspired modes like Heist and Rescue.”

Discounts are valid now through December 14th 2015 and as always, please keep in mind the listed prices are subject to change and may vary depending on your location.