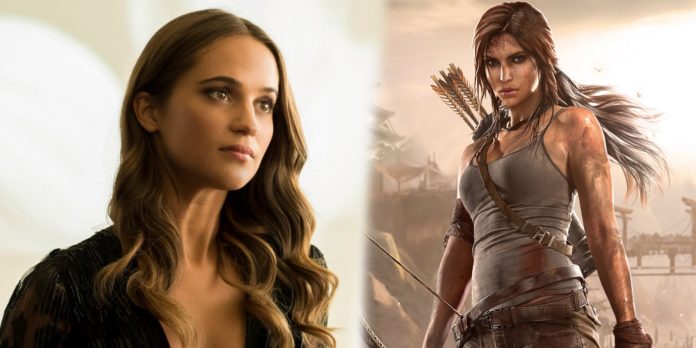 We got our first look at the upcoming Tomb Raider movie this week from Reddit.

Much as the recent game’s the movie history of Tomb Raider is looking for a strong reboot. While the previous set of movies from the Angelina Jolie version held some fan acclaim, the series was mostly tossed into the ever growing bin of terrible video game movie, but, attitudes might be set to change. 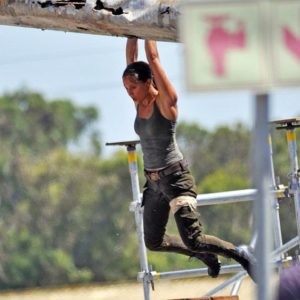 While there is not a lot of information to infer from the few set photos, the appearance, clothing, and hidden setting of Lara can lead us to some insights. Crystal Dynamics is working in tandem with the production team on the movie as its plot is set to follow the Tomb Raider 2013 reboot.

This adaption is seen even further as Lara appears in an outfit akin to her outfit in the game, and the action scene in the pictures seems to be here running on a plane wing, an action taken straight from the game. 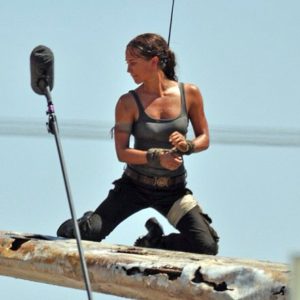 With the movie set to follow the rebooted game, this means that the movie will aim to capture a darker and more serious take on Lara. In the past we have seen Lara already at the top of her game, fearless, a combat wizard, and not afraid to take a life, but, her story was quite different in the recent reboot.

If the movie is truly going to honor the game then we will see a much more vulnerable Lara, one who has yet to become the fearless and killer women we all have seen over the years. 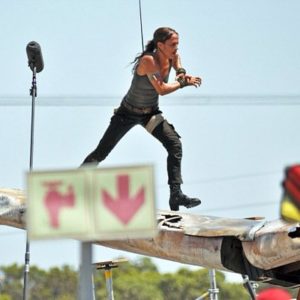 Alica Vikander plays the role of Lara Croft this time around, and from the set photos she is a great fit. She previously held starring roles in Ex Machina and The Man from Uncle, so fans should be confident she can pull off the role. 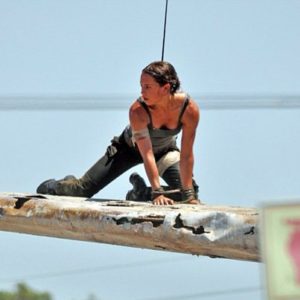 We will have to wait until 2018 to find out whether or not this movie joins the trope of terrible video game films, but for now, we at least have a bit more hope from the set photos.

What do you think of the photos? Do you think Tomb Raider will become the first good video game movie?